After several weeks back in the states, I have finally found the time to park my bum in front of a screen and regale you all with my grand adventure of palm trees, resorts that I will never be able to afford, and unbelievable humidity.

I was extremely excited when I found out I was given the opportunity to travel to Punta Cana (which, from this point forward, will be shorted to PUJ). I have traveled to the Mexico and various islands in the Caribbean multiple times as a teenager on family vacations, but never as adult and never to the glorious PUJ.

I will admit I was somewhat nervous about this trip for multiple reasons. As many of you well know, I’m not exactly what you would call a “tanner”. In fact, I have only three shades: pasty, lobster, and peeling. Please see the below photo for additional visual aid. 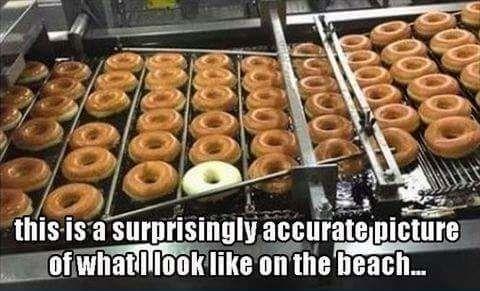 This obviously caused some tension as my least favorite thing in the entire world is dealing with sunburns. Let me just tell you, SPF 70+ broad spectrum is the best invention of all.

In addition to my adverse reaction to the sun, I was also a bit intimidated by the basic fact that this was a work trip. I had no idea really what to expect or (GASP) what to wear. I mean, we were staying at all-inclusive resorts in a wonderful tropical location, which roughly translates to unlimited free drinks, food, and beaches. How does one keep ones head in the right place with all that temptation? How do you dress business casual when the humidity is over 70% daily? Obviously, I figured it out just fine. We were far too busy with site inspections (those will be explained later, I promise) to really have enough time for any of the temptations to be an issue at all and I’m pretty sure everyone threw in the towel on traditional business casual attire.

Lastly, I had reservations about traveling to a foreign country with a group of people that I did not know well – if at all. We had folks from all over the company come along – most of which I had never met or even knew existed prior to the FAM. This is probably the most misplaced fear/reservation I had about the entire trip. Our group was so awesome and extremely diverse – not only in age, but in experience and time with the company as well. I’d like to think we created company-wide camaraderie thanks to this trip.

Ok ok enough of the pre-trip reservations and on to the juicy details! Brace yourselves folks, as what I am about to say will seem very uncharacteristic of yours truly:

Punta Cana is now one of my favorite places.

Gasp! But it’s not a European city filled with amazing history at every turn! What are you saying! My life is a lie! I believe nothing anymore!

No but seriously, it is a beautiful place. The locals are super friendly and very talkative (despite the fact they are speaking a language I know very little of. Shout out to my brother Kasey who told me to tell people I was there to purchase drugs! So glad I googled that prior to actually staying it out loud). I think I may be a bit bias also due to the fact it is also the only tropical locations where I did not get a single sun burn. Ahhhhh yeeesssssss.

Getting to PUJ was a trip in and of itself. Our flight was at 9 am out of Midway, meaning we had to meet at 3:30 am to drive to Chicago and get through TSA. Many of us were on very limited sleep if any at all. Thank god for snacks (shout out to Julia for bringing so many).

We landed at the PUJ airport on a super sunny and hot day, exited the plane onto the tar mat (which is still my favorite way to exit), and made our way through customs to our tour guide Elodie. We were lucky enough to have this lovely lady with us the entire time, as well as the same transfer driver. But there was no rest for us yet, we went straight from the airport to the first site inspection.

The majority of our trip was Site Inspections at the lavish 4 and 5 star resorts throughout the tourist area. Basically, we took a tour of each complex – which is normally between 3 and 5 hotels of the same brand – taking note of what type of client each property may cater to; sometimes getting the opportunity to taste test food also. These complexes were HUGE, and though at most places a tram was provided, it was not an expected luxury. After an almost 13 hour day of nothing but site inspections, I was fairly certain my feet were not going to last another day.

I was able to stay at some epic all-inclusive resorts while working my tail off. We stayed both the RIU Palace Bavaro and the CHIC Punta Cana. CHIC was by far my favorite as it seemed better kept and the bathroom situation was much better than those at the RIU. For some strange reason, almost every hotel in PUJ had an open bathroom concept – which means no doors and most of the time no walls either between the shower and the bedroom area. Super strange and would not recommend anyone sharing a room with another person unless you are a couple. 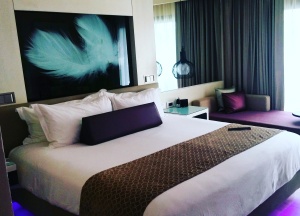 After the aforementioned 13 hour day, we had an INCREDIBLE dinner on the beach at Hard Rock. My good gracious did they pull out all the stops for this dinner. Surf and turf composed of octopus, shrimp, crab, steak, and all manner of veggies with our own private bar and wait staff. Disney could not have done this better. 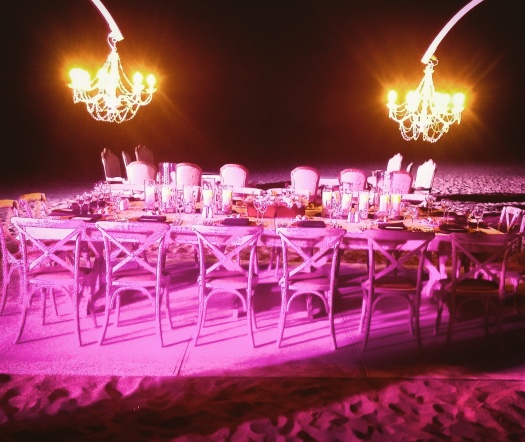 We also spent a day doing an excursion called the Bavaro Runners Tour. Don’t let the name fool you, there was no running involved. This was my favorite part of the trip because we got away from the tourist trap of the hotel zone and went inland where the locals lived. We took a GIANT open air jeep-like bus thing through the mountains. First stop was a cigar, Mama Juana, and sugar production site, where we saw how cigars were made and enjoyed a short horseback riding trip. We received a traditional Dominican lunch, proceeded by a tour of a local farmers home where they made chocolate products (can you say amazingly delicious) and coffee. The last stop was at a beautiful bay where we were able to enjoy the ocean. Definitely a jam packed day, but well worth it – such an amazing experience. 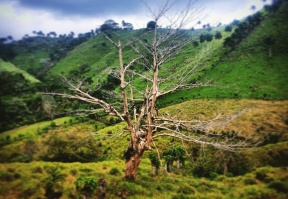 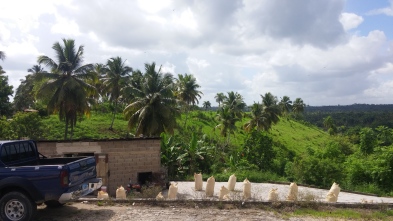 Leaving PUJ was bitter sweet. I wanted an extra day to fully enjoy CHIC and sleep in a bit. I was stopped while going through security and had to participate in a random screening, and out transfer was 2 hours late picking us up; so by the end of the day I was ready to be home.

Needless to say, I would do this all over again in a heartbeat. Stay tuned for more exciting announcements coming soon!